The romance of commercial air travel

Remembering the distant sound of a single engine airplane passing overhead when I was a little boy growing up in a small town in upstate New York. It was the sound of possibility, travel, adventure and the wider world.

I spent much of my boyhood building model airplanes and hanging them with thread and thumbtacks from the ceiling of my room. My favorite TV show was “Twelve O’Clock High”.

Once, when I was eleven, I chanced upon a P-51 Mustang, my favorite WWII fighter plane, at the local airport, and was able to check it out up close.

When I was seventeen I took my first international flight from New York to Stockholm on the stylish (for its time) European airline SAS.

I remember how excited I was to arrive at Kennedy airport and board the plane (a Douglas DC-8).

I remember not quite believing the impossible physical event of such a massive structure actually reaching one hundred eighty miles per hour and lifting off the runway.

Years later when I lived in Minneapolis, a guitar student who was an A&P (airframe and powerplant) mechanic took me on a guided tour of the Northwest Airlines maintenance hangar at Minneapolis International Airport.

I got to walk on the wings and snoop inside the fuselages of Boeing 747’s and Douglas DC-10’s, examine imposing Pratt & Whitney, General Electric and Rolls Royce fan-jet engines in various states of re-build, learn just how powerful they were (incredible!) and learn fascinating facts like how much a new coat of paint weighs and how many tons of extra fuel were consumed on an average flight as a result of the added weight.

What impressed me most on this tour was learning about the maintenance and safety procedures: how regularly engines were removed and rebuilt, engine mounts inspected and mounting bolts replaced, how often fuel sytems, avionics, navigation, landing gear, emergency escape slides and every other part and system making up the complicated entity of an airplane were inspected, tested, serviced, overhauled and replaced.

I may not have ended up being a pilot, but for the past forty years I have lived a life of air travel.

The air travel experience has changed with post-911 security procedures and the advent of discount internet airlines with their open-seating policies, excess baggage charges and excess weight charges.

But has it really changed that much?

The biggest change I find is not the flying experience. That has stayed largely the same, except planes are now smoother, quieter, faster and more energy-efficient.

Increased security hassles, increased passenger volumes resulting in more waiting in lines, longer journeys (on foot and via moving walkways, trains and buses) to the gate, and the overall treatment of customers comes to mind.

There has been a downgrade in individual customer attention and pampering from airline staff that was once the norm.

The customer experience at airports now can feel rushed, rude and take-it-or-leave-it, highlighting inexperienced, poorly-trained and underpaid staff with alarming people skills taking no responsibility for, and showing no involvement in, the quality of your travel experience.

But has the glamor and romance of air travel really gone away?

Or has our bubble simply been burst as we all find ourselves — airlines, airports and passengers — having to deal with the same nervous, stress-filled world of rising fuel and operating costs, rising taxes, charges for services that were once free and taken for granted, and ever-more-complicated and costly security equipment and procedures?

To some extent, this has effected my sense of the magic of the air travel experience.

After all, I will soon be sitting in a plane that accelerates on the runway, lifts me up into the sky and delivers me to an impossibly faraway place where adventure awaits. 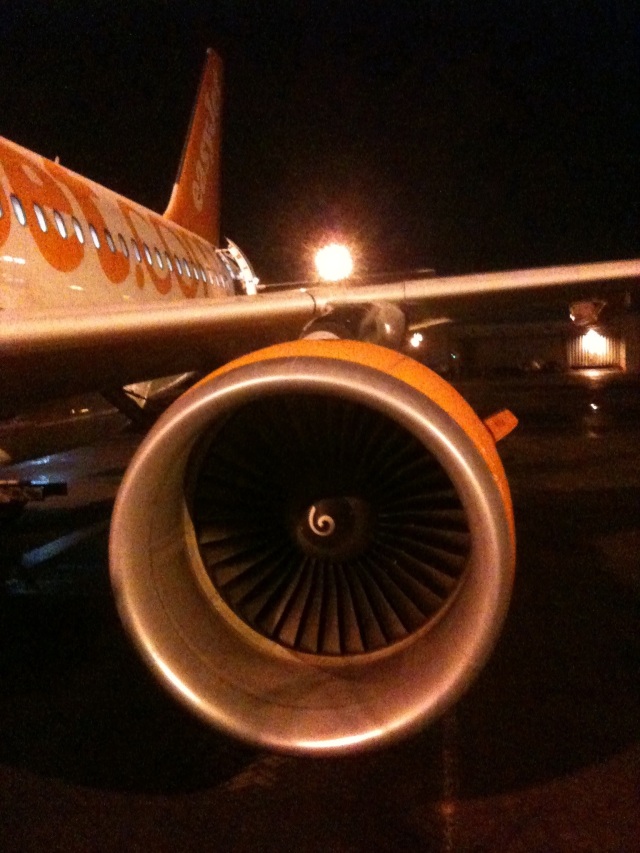 7 Responses to The romance of commercial air travel